Posted on November 3, 2017 by delawarelitigator 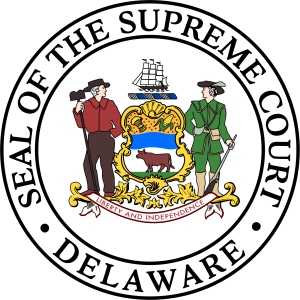 The Delaware Supreme Court recently affirmed but clarified an opinion out of the Court of Chancery addressing dismissal based on forum non conveniens in the case of Gramercy Emerging Markets Fund, et al. v. Allied Irish Banks, P.L.C., et al.

In Gramercy, a Cayman Island investment fund and two of its Delaware subsidiaries initiated suit in Illinois against a bank organized under Delaware law with offices in Bulgaria and Illinois and an Irish bank headquartered in Dublin.  The claims arose under Bulgarian law.  The Defendants moved to dismiss on forum non conveniens grounds, which the Illinois Court granted.  Afterward, the Plaintiffs refiled in Delaware, and the Defendants again moved to dismiss based on forum non conveniens.

Until recently, Delaware utilized a two-tier forum non conveniens approach.  If the Delaware action was first-filed, our courts would apply the traditional Cryo-Maid factors, which include: (1) the access to proof; (2) the availability of a compulsory process for witnesses; (3) the possibility of viewing the premises; (4) factors that would make trial easy, expeditious and inexpensive; (5) whether the controversy is dependent upon Delaware law; and (6) the pendency or nonpendency of a similar action. Based on these factors, a party need show “overwhelming hardship” and inconvenience to be awarded a dismissal of a first-filed Delaware action.

If the Delaware case was not the first-filed, courts apply the McWane factors, which include whether there is: “(1) [] a prior action pending elsewhere; (2) in a court capable of doing prompt and complete justice; (3) involving the same parties and the same issues.”  Dismissal under this standard is discretionary, if all three factors are met.

In the present action, the procedural history did not fit neatly into Cryo-Maid nor McWane.   There was a first-filed Illinois action that the Illinois court dismissed on forum non conveniens grounds.  The court noted that Bulgaria was the appropriate forum as the suit addressed an issue of first impression under Bulgarian law and many of the witness were in Bulgaria.

Based on the odd procedural history, the Court of Chancery turned to a recent decision out of the Delaware Supreme Court, Lisa, S.A. v. Mayorga, due to the similarity of facts and issues to the present case.  In Lisa, the Supreme Court utilized the McWane factors to dismiss Plaintiff’s claims where there was a prior pending suit in another jurisdiction but where that case was dismissed with prejudice.  Based on Lisa, the Court of Chancery applied a mixture of the Cyro-Maid and McWane factors, without requiring a showing of overwhelming hardship as it found “the two doctrines of overwhelming hardship and McWane … operate consistently and in tandem to discourage forum shopping…”

The Supreme Court affirmed the Court of Chancery’s decision, but did so with clarification.  The Court found that “[b]etween Cryo-Maid’s overwhelming hardship standard and McWane’s discretionary standard lies an intermediate analysis that applies to situations like Gramercy’s: a straightforward assessment of the Cryo-Maid factors, where dismissal is appropriate if those factors weigh in favor of that outcome.”  Thus, the Supreme Court utilized the Cyro-Maid factors in granting dismissal, but did so without requiring the Defendants to show overwhelming hardship.

This entry was posted in Delaware Supreme Court. Bookmark the permalink.