Posted on October 12, 2015 by delawarelitigator

Whether you are sitting  anxiously awaiting a jury decision or just happen to have shown up early to a routine motion day, anyone who litigates in Delaware has spent a great deal of time making small talk in the courtroom.  Most likely because it is front and center in most of the courtrooms, one of the most common topics raised by out of state counsel or clients is Delaware’s seal.  The questions usually range from “Is that a cow?” to “Who are the two guys looking at each other?”  If you have ever struggled with similar questions, here is your cheat sheet.  Although the Court of Chancery’s seal is slightly different (a topic for another day), the  Supreme Court and the Superior Court’s seals are derived from the Great Seal of the State of Delaware. 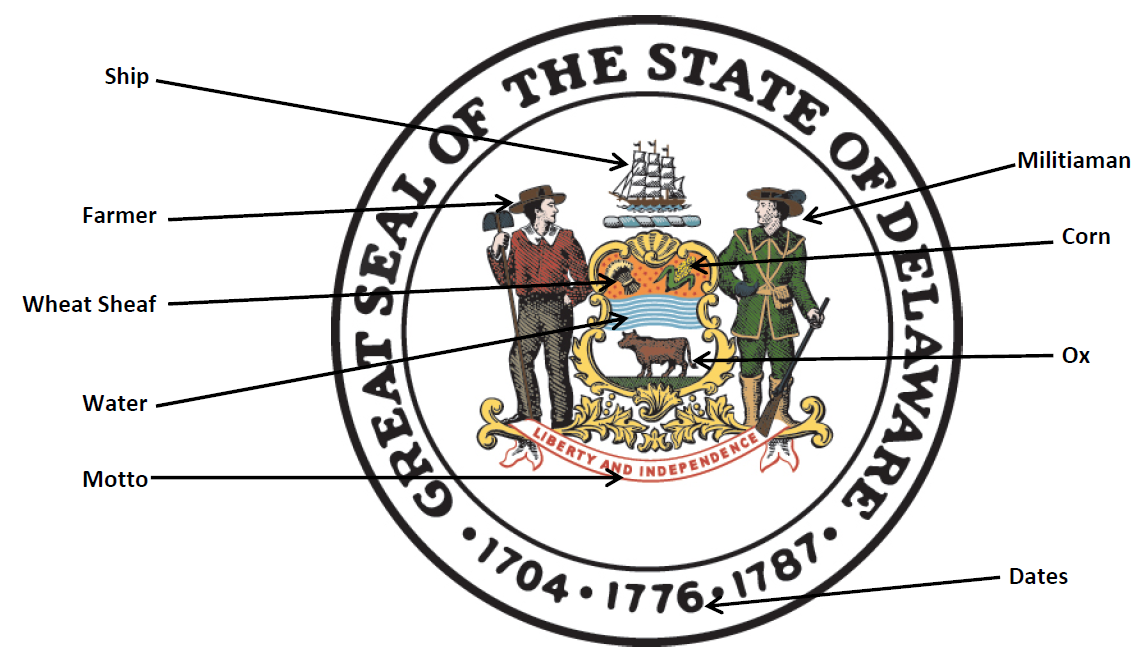